What Do Dolphins Eat? 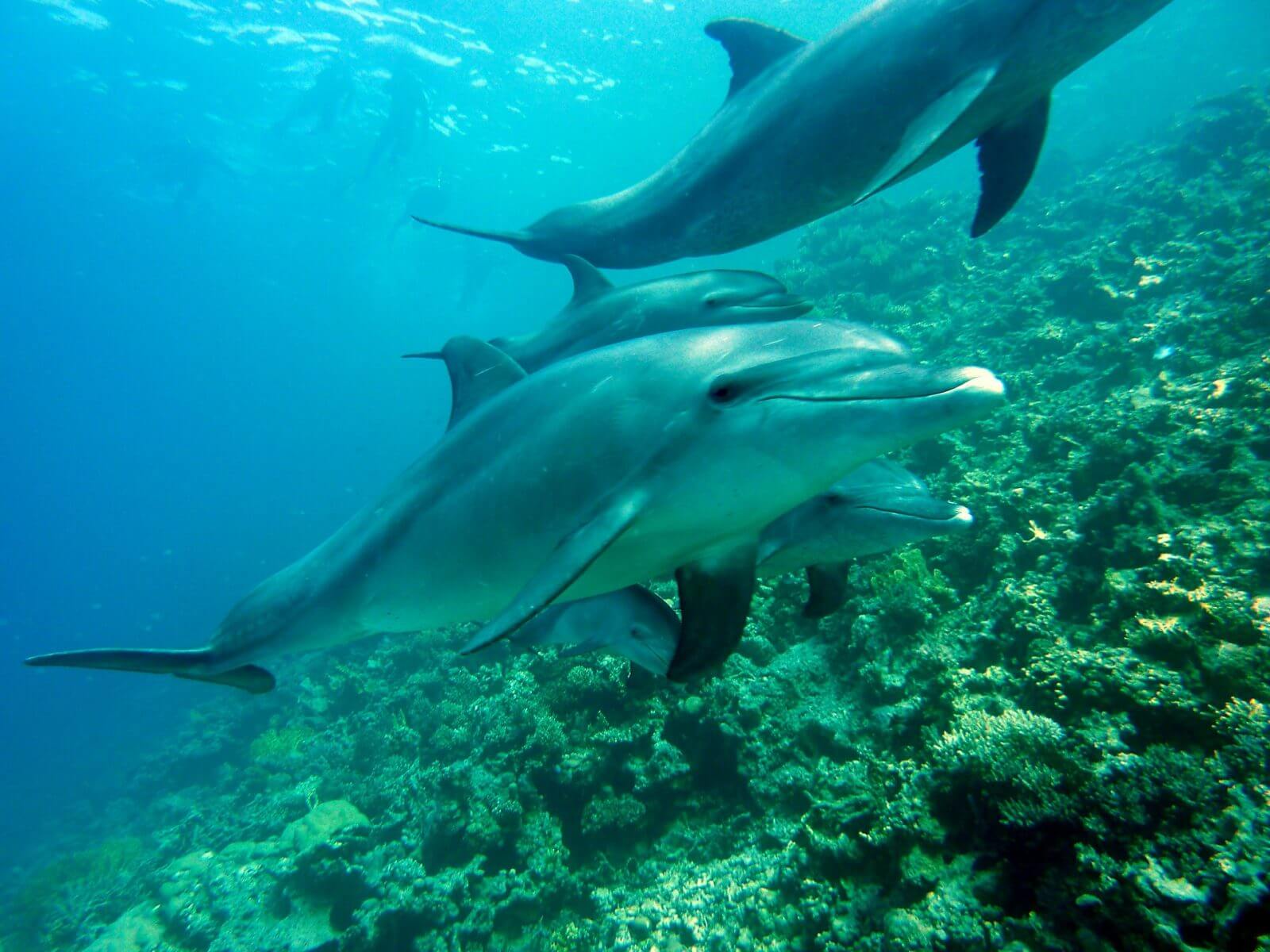 Dolphins are spectacular creatures, and we love that a part of our job is sharing their wonder with you on our dolphin sightseeing cruises. It is so interesting to watch them live and play in their natural habitat, observing their day-to-day. One question we hear all the time is: what do dolphins eat? Hungry to find out? Keep reading!

All dolphins are carnivores (meat-eaters); however, the specific type of food they eat depends on their species and habitat. Smaller dolphins eat fish like sawfish, herring, cod, and mackerel, as well as squids or other cephalopods. Larger dolphins prey on seals, sea lions, other dolphin species, and even whales and sea turtles! Whatever their food preference, their feeding habits are flexible depending on the habitat and available resources.

Fun fact: Even though dolphins have teeth, they don’t chew their food, they just bite and swallow!

How Much Do Dolphins Eat?

Typically, the amount of fish they eat depends on the kind of fish they hunt. For instance, mackerels and herring have a lot of fat, whereas squid do not. Therefore, dolphins must eat more quantities of squid to sustain their appetite and fuel their energy for their busy lifestyles.

How Do Dolphins Hunt?

Dolphins usually hunt in a group or pod and use different techniques including:

Despite their feeding abilities, dolphins don’t stay in the same place for very long because otherwise, they’ll run out of food quickly. This is the main reason why dolphins migrate to other zones and will eventually return to their old habitat when the food source has replenished.

Interested in watching dolphins in their natural habitat? Join us on our amazing dolphin sightseeing cruise that sails through Boca Ciega Bay and sets sail from John’s Pass in Madeira Beach.