Guide to Gasparilla Parties, Celebrate Like a Tampa Local 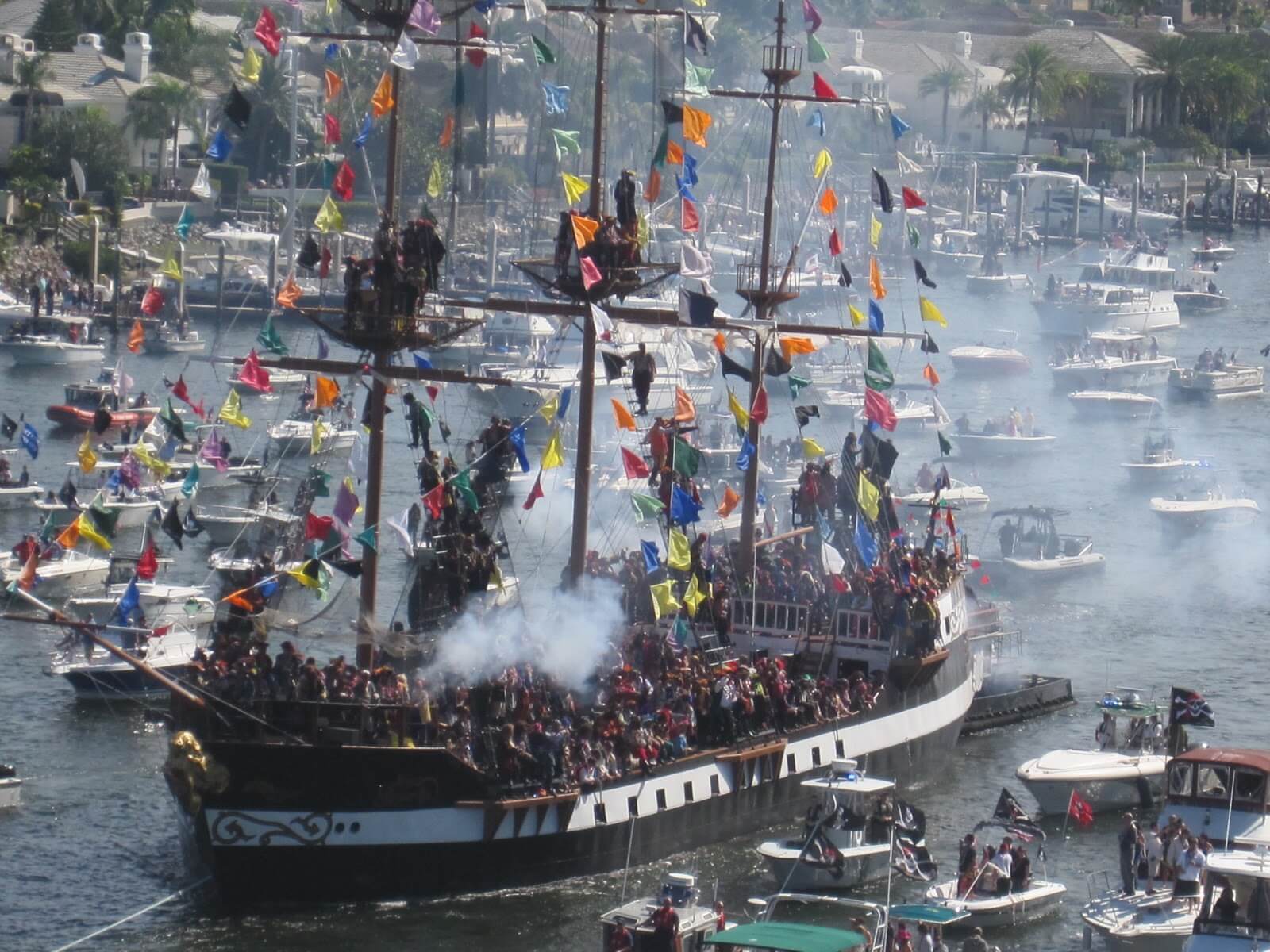 Ahoy! The countdown is on for Gasparilla, that amazing time of year when pirates (yes, pirates!) take over Tampa Bay! Our Pirate ship’s Gasparilla guide is everything you need to know about how to get your pirate on just like us locals.

Gasparilla is an annual pirate-themed parade that has been celebrated almost every year since 1904. The parade celebrates the invasion of Jose Gaspar, a mythical Spanish pirate also known as Gasparilla.

The event kicks off with the invasion of Tampa where hundreds of boats accompany the Jose Gasparilla, a 165-foot-long pirate ship built in 1954, across Tampa Bay into downtown Tampa. Once ashore, the pirate captain demands that the mayor of Tampa hand over the key to the city.

Following the invasion is the Gasparilla Parade of Pirates – a four-mile stretch of pirate floats, bead tossing, and pirate booty collecting!

Gasparilla is the 3rd largest parade in the United States,
attended by over 300,000 onlookers.

The festivities continue all day and into the night with the Gasparilla Pirate Fest Street Festival, live music, and vendors. All of Tampa is a big Gasparilla party that you won’t soon forget!

This year, the pirate invasion will take place on Saturday, January 26. The pirate festival is free to attend, but other events or special seats require ticket purchase. For yer kiddos, there’s a kid’s version the day before.

9:30am to 1pm: Gasparilla Invasion Brunch

Location: Tampa Convention Center/ Admission: Tickets required for adults and children over the age of two. Tickets can be purchased at www.gasparillatreasures.com.

The Jose Gasparilla sets sail at the south end of Hillsborough Bay at 11:30am, sails north to Seddon Channel, and docks at the Tampa Convention Center at 1pm. You’ll hear the cannons booming during this unique Tampa event!

Route: The parade begins at Bay to Bay Blvd & Bayshore Blvd and continues to Brorein St. The parade ends Cass St. and Ashley Dr near downtown Tampa. This event is free, but tickets for reserved bleacher seats are available for purchase at www.gasparillatreasures.com.

There are parties on Bayshore lawns and basically, every restaurant/bar will be crowded with fun-loving pirates for Gasparilla.

Our krewe recommends a hearty breakfast to kick off a day of drinking. Tito’s Gasparilla Bar Crawl with Brunch and Party Bus is a fun buffet style brunch between three venues complete with party bus transportation. Click here for more info.

You’ll want to keep the party going and the D-10 Society’s Gasparilla After Party is the place to be! If you’ve managed to make it through brunch and the parade and aren’t quite ready to hang up your pirate gear, head over to this Gasparilla after party! Click here for more info.

Our Tampa pirate ship is highly popular this time of year, but you can keep the spirit of Gasparilla alive all year round on our boat tour.