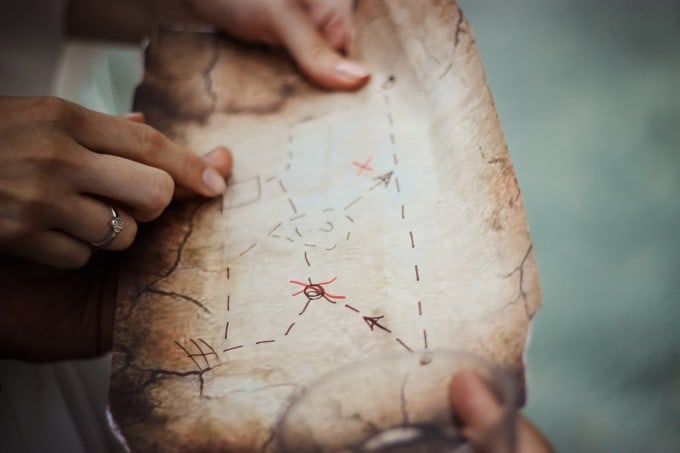 Pirates didn’t roam the high seas for nothing. It’s all about the loot and treasure that is at the stake of every captured ship with wealth and riches as the main objective. After all, there was much to be found aboard these vulnerable ships that were often loaded with gold, silver, and jewels as well as other sellable goods such as linen, rope, spices, sugar, and rare goods like quinine and medical supplies. Here are the ins and outs of how pirates got paid & made their living.

A pirate’s “salary” was based on what the crew obtained for the loot they plundered from the target ship. Pirates would very carefully select the target ship because the bounty had to be worth the risky battle that could ensue. Another very important consideration was the area in which pirates would stake out their victims. Areas where treasure ships could be found on routine runs, such as the Spanish Main, were key hunting grounds for pirates because of the yearly trips made by the Spanish treasure fleet between Portobello and Peru that were often packed with loot.

It was the responsibility of the pirate captain to pay his crew. When it was time to divvy up the loot, their profits were normally given to the person in each rank on the ship. In each “Pirate Code” (a pirate agreement), payment distribution was specifically outlined. This is an example in an article from Henry Morgan:

“The Captain, or chief Commander, is allotted five or six portions to what the ordinary seamen have; the Master’s Mate only two; and Officers proportionate to their employment. After whom they draw equal parts from the highest even to the lowest mariner, the boys not being omitted.

For even these draw half a share, by reason that, when they happen to take a better vessel than their own, it is the duty of the boys to set fire to the ship or boat wherein they are, and then retire to the prize which they have taken.”

Certain loot such as textiles, foods, spices, sugar, and coins were easily divided whereas other goods such as jewels, gems, and weaponry were not. If pirates found coins also known as pieces of eight, they would even cut them into pieces to ensure a fair distribution on payday.

Let’s break down how each level of pirate was paid:

What did pirates do with their earnings? There are many myths of buried treasure and maps where “X” marks the spot. But in truth, there are few accounts of pirates burying their captured loot. Pirates spent their money very quickly on drinks and fun instead of saving it for a rainy day. That being said, finding precious riches at the bottom of the ocean is a very rare find, not impossible, but very unlikely.

Are you interested in the pirate’s life? Come aboard the Pirate Ship Royal Conquest and enjoy a day of fun-filled adventure on the high seas. For more information or to check availability, please call us at 727-423-7824.