The Pirate Legend of Libertalia: The Pirate Utopia 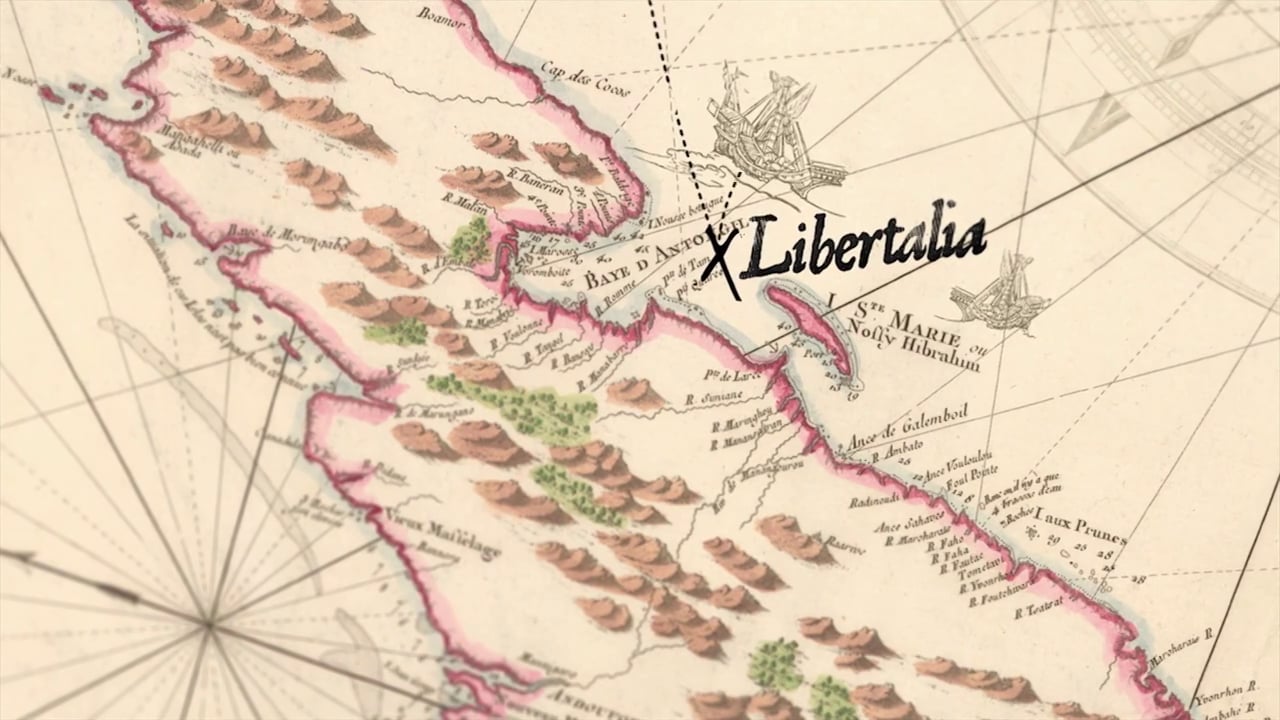 What’s a pirate ship adventure without pirate legends, history, and lore? While aboard the John’s Pass pirate ship in Tampa Bay you may hear the story of the infamous pirate colony of Libertalia (also known as Libertatia). While historians still debate whether this pirate utopia actually existed, as long as you’re a mere pirate fanatic you would agree that it indeed did (or at least what it stood for)!

But what exactly was this infamous utopia? Libertalia was a legendary free/anarchist colony that was forged by pirates off the coasts of Madagascar during the 17th century. These pirates had a purpose and represented a mixture of people whom felt they were being abused by the economic system of the time and were trying to uphold a system in which every person had similar opportunities in life and equal access to food and shelter.

The colony’s motto was “for God and liberty” which makes sense as the pirates called themselves “Liberi” (free men). Their flag was white with red writing and was a vast contrast to the black and white Jolly Roger flag.

Under the leadership of Captain James Misson, the pirates shed their nationalities and created a new language that was a mix of local dialect and native tongues. Life was communal and operated in a somewhat socialist economy— money was of no use and everything they had they shared. Libertalia employed a direct democracy and abolished many social constructs of the time period- such as slavery.

The pirate citizen’s waged wars against states and lawmakers, attacked ships, spared prisoners, and freed slaves. Legend has it that they attacked and freed an English slave ship carrying 240 men, women, and children. These freed slaves joined Libertalia and settled down to their way of life, which eventually turned in to farming. According to legend, the pirate utopia only lasted roughly 25 years.

No one knows for sure if Libertalia actually existed, as pirates are not known for keeping good records! But Captain Charles Johnson, author of the book, A General History of the Pyrates (1724), describes Libertalia in great detail. It is felt by some scholars that this utopian society was a figment of Daniel Defoe (and it is believed he wrote under the pseudonym Captain Charles Johnson) as Defoe was a staunch reformist and held progressive views regarding topics such as religion, commerce, and liberty. He was a British citizen, so expressing these views as his own would have been dangerous. Some historians believe Defoe created legendary Captain Misson as a way for him to speak his ideas through this legendary utopia.

Whether Libertalia is a legend or truth, real or not, the radical ideas that it represented went on to inspire other infamous pirate colonies. It is a telling myth and a powerful statement about a desire for a bold social experiment that was envisioned by pirates of all people! They took a step back from looting the high seas and seeking booty to live a life of peaceful existence where they were equal and free of the travesties of their time.

Want to hear more pirate lore? Join us aboard the Royal Conquest Pirate Ship in Tampa Bay and hear “ARGH”mazing pirate legends and history for all ages! For more information on our John’s Pass boat tour or to check availability, please call us at 727-423-7824.