Everything You Need to Know About Bottlenose Dolphins 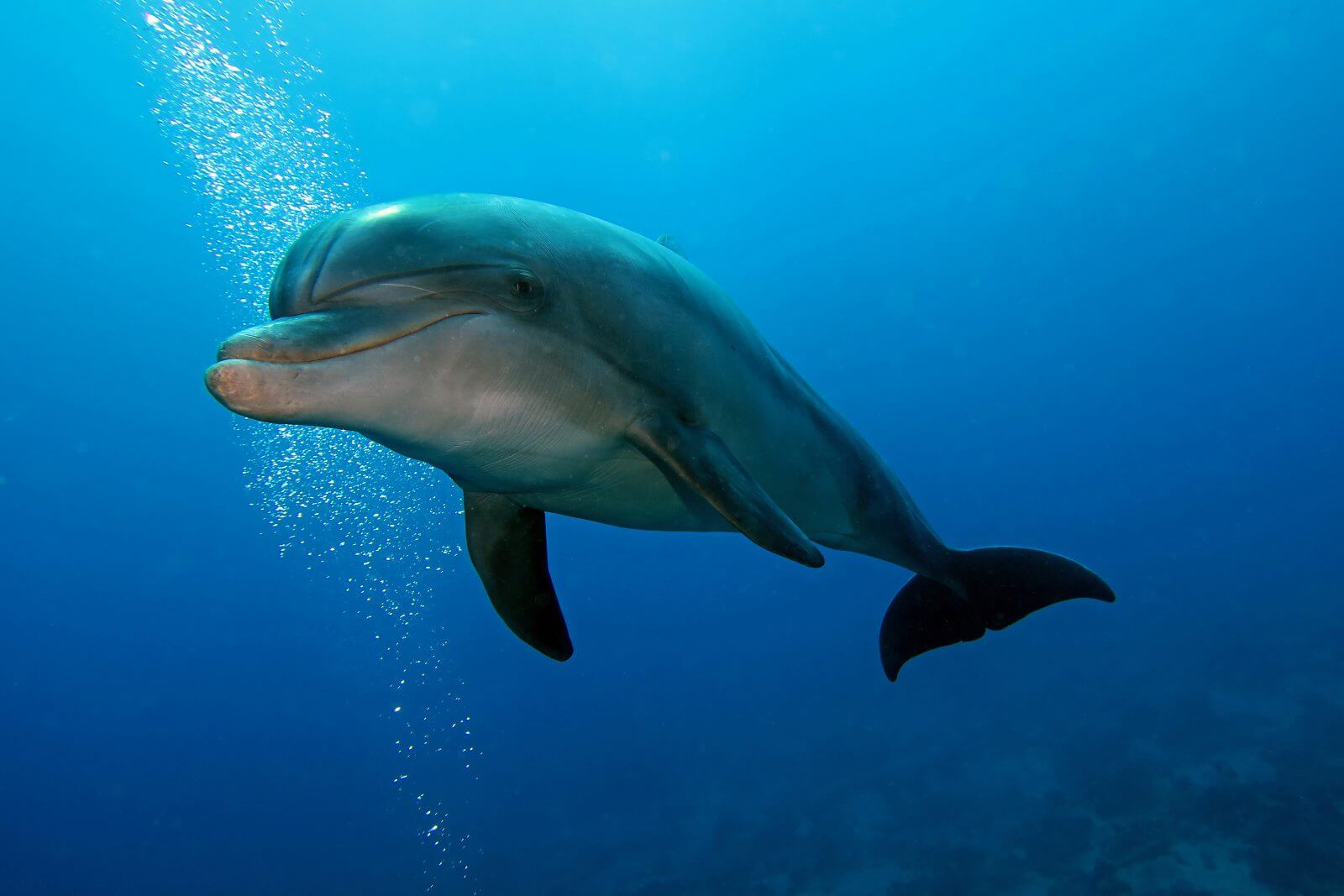 Bottlenose Dolphins are known for being smart, playful creatures, which we commonly see in our oceans, like our beautiful Boca Ciega Bay. However, there is so much more to these beautiful creatures than their looks and playful personalities. There are many traits that you may have never realized, and now you can brush up on your knowledge before climbing aboard the Dolphin Quest.

Dolphins, like many other sea creatures, can’t breathe underwater and they have to swim to the ocean’s surface to get air. This may leave you asking how do dolphins sleep without drowning? Well, they are known to be one of the world’s best nappers.

Rather than sleeping for several hours at a time like humans, dolphins rest one hemisphere of their brain for around 20 minutes at a time. They take these 20 minute “naps” several times a day. They rest only one hemisphere at a time so they can still remain alert in order to continue breathing, swimming and keep an eye out for any possible predators.

In order to know where they are in relation to other objects and animals, dolphins use this unique process called echolocation. This allows dolphins to “see” without actually seeing!

To echolocate objects nearby, dolphins produce high-frequency clicks. These clicks create sound waves that travel quickly through the water around them. After sending out a series of high-pitched clicks, they listen for the echoes to bounce off their surroundings. Based on these echoes, dolphins can judge where they are in space and determine the size and shape of nearby objects. Besides helping dolphins evade predators, echolocation allows them to trap, catch, and eat fish and squid.

Dolphins are highly social creatures leading them to have long-lasting friendships. However, dolphins are also known to form cliques and have even been seen shunning other groups.

In 2015, scientists at Florida Atlantic University’s Harbor Branch Oceanographic Institute published their research in the Marine Mammal Science journal. Their findings were quite fascinating! After spending over six years tracking 200 bottlenose dolphins in the Indian River Lagoon here in Florida, the scientists discovered that dolphins have friends. Instead of spending time with all the dolphins around them, the animals actually segregate themselves into friend groups. Just like humans, dolphins seem to prefer the company of certain peers more than others.

Dolphins Have Their Own Names

We know what you may be thinking… no dolphins don’t swim around with name tags! They don’t call each other Bob, Billy, Rachel or Sally. However, every dolphin does have their own unique whistle that isn’t similar to any one dolphin in the world! This is also known as their “signature”.

Scientists believe that dolphins use these whistles for their entire life, and female dolphins often teach their calves their whistles before they’re born (crazy we know!). Dolphins use their signature whistles to call out to one another and may be able to remember other dolphins’ whistles after decades apart.

Dolphins Are Members of The United States Navy

We often think of dogs as being one of the only animals to help government officials but are we wrong. Meet K-Dog, from the Commander Task Force with Staff Sergeant Justin Roberts. The Command Task Force is comprised of special mine clearing teams from The United Kingdom, Australia, and the United States. Dolphins, and sea lions, like K-Dog are trained for combat at The Navy Marine Mammal Program at San Diego’s Space and Naval Warfare Systems Command in order to help the US Navy.

In the past, the U.S. military has used dolphins in conflicts in Vietnam and the Persian Gulf. Today, thanks to their intelligence, speed, and echolocation skills, dolphins are trained to find enemy swimmers, locate underwater mines, and guard nuclear arsenals, find and retrieve equipment lost at sea. The dolphins are also used to detect mines that are either buried in the seafloor or floating in the water, tethered to an anchor. Who would’ve thought these playful, friendly creatures could be trained to help our military!

Dolphins are truly some of the most versatile animals on the planet, and one of the smartest as well! Impress your friends when you teach them your new knowledge in person. Book your tour for the Dolphin Quest today!

PrevPreviousThe Most Famous Pirate of All – Blackbeard
NextPirate Myth or FactNext
Feeling Adventurous? Check out our other cruises!